The Unicist Theory: A Paradigm Shift in Science

The Unicist Theory, developed by Peter Belohlavek, is a paradigm shift of the scientific approach to complex adaptive systems. It substituted empiricism by a pragmatic, structuralist and functionalist approach and replaced knowledge falsification processes with destructive testing processes.

This theory provides an approach to complexity based on the use of the unicist logic that emulates the intelligence that underlies nature. It integrated complexity sciences with systemic sciences in a unified field.

The Unicist Theory allowed understanding and influencing the evolution of living beings and artificial complex adaptive systems. This influence is exerted by using unicist logic based and object driven technologies, which is now a worldwide trend.

The Unicist Theory to deal with Adaptive Systems

The Unicist Theory was developed at The Unicist Research Institute to deal with complex adaptive systems and their evolution.

There are fields that are generally accepted as being complex such as: Life-sciences, social sciences, anthropology, political sciences, economic sciences, behavioral sciences, medicine, psychology, education, businesses, ecology and meteorology. The research began in 1976 and the expansion of its applications is still ongoing.

Scientific Evidences of the Unicist Theory

The objective of the scientific evidences of the Unicist Theory is focused on:

The scientific evidences of the Unicist Theory that confirm its functionality to deal with complex systems are:

You can find the complete document on “The Unicist Theory, its Applications and Scientific Evidences” at:
http://www.amazon.com/gp/product/B00ZRW6E6A

The Unicist Epistemology to deal with Complex Systems

The Unicist Epistemology is based on the development of the logical foundations and the empirical justifications to sustain human knowledge. This epistemology is a pragmatic, structural and functionalist approach to knowledge.

Knowledge is such when its use allows individuals to better adapt to an environment. To be used, it needs to be stored in the individual’s long-term memory.

The credibility of knowledge depends on having found the fundamentals that integrate the concept that defines the nature of an entity and having the necessary empirical justifications that make the acceptance of knowledge tangible.

The Unicist Epistemology was developed to build reliable knowledge to deal with complex adaptive environments.

The Paradigm Shift of
the 4th Industrial Revolution

The paradigm shift is based on organizing by managing the functionality of businesses using business objects instead of managing the operationality based on processes and tasks, which was the case until the 3rd industrial revolution. It increases energy efficiency by up to 30% depending on the market and industry.

Profit from this New Stage 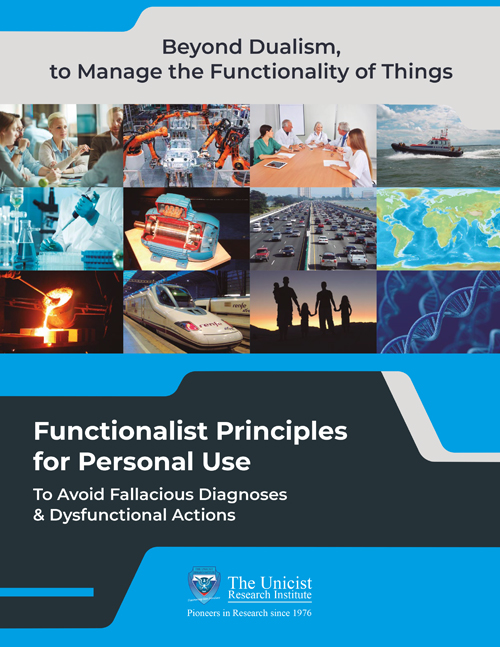 Use the Intuitive Solution Design Module 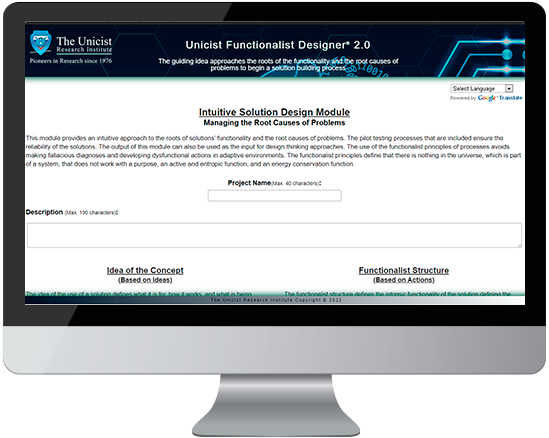